What Is The Real Importance Of Localized Support?

How important is localized support for your games? A small games developer and publisher, primarily working in English both for game play and player support, may initially feel that localized support isn’t all that critical, but think again. Take a look at your stats on the App Store and Google Play. You might be developing a game in North America, but the global distribution possible through the app store means that players all over the world are almost certainly enjoying your game.

If your ambitions are modest then maybe it’s acceptable to restrict player support to US office hours in English, but if you want to grow and see your game flourish then localized player support is the key to achieving this.

Your player support processes may need to be multilingual and across more hours in the day. Even if you don’t support every single player language, you may still need to support players in at least some of the major languages being used in different regions.

Support availability also needs to be considered. You may need to consider a follow-the-sun operation where a day shift in one location hands over in their evening to a day shift somewhere else. This can bypass the problem of time zones and also helps to facilitate longer support windows without requiring night shifts.

It’s clear that 24/7 multilingual support may be far more than your game needs, this is usually a luxury only offered by the largest game developers, but there is a spectrum of support from English-only limited hours to greater localization. 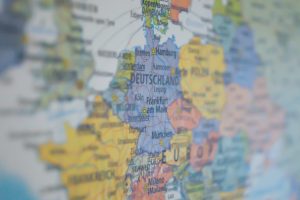 There is a big difference between supporting your local players and expanding and localizing support to new regions. Care needs to be taken when planning a global player support strategy because there are several potential unseen pitfalls.

Follow the Testronic company page on LinkedIn for more insight and information on gaming and player support.